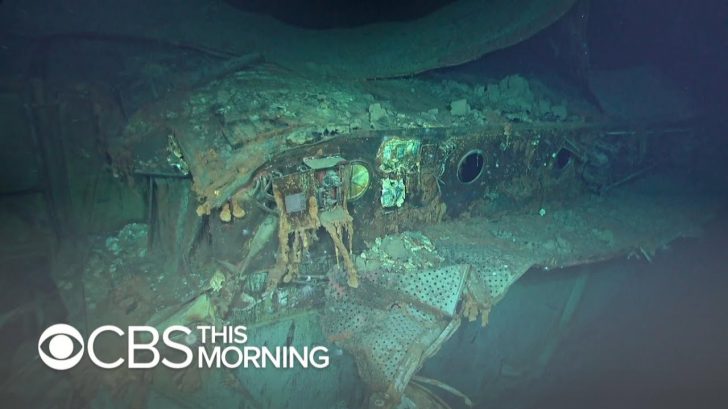 A Fascinating Piece of Military History

Researchers have gone on a mission to find a fascinating discovery in the military world- the USS Hornet.

On October 1942, the Japanese sank the aircraft carrier. With 140 of her crew dead, orders were given to abandon ship, and the Hornet went to the bottom of the ocean, three and a half miles down, where a team of history hunters has been scanning with the deep-sea sonar drone, hopeful to find the lost WWII aircraft carrier.

The drone brought back an image of something that was about the right size, and at the right place. A Remotely Operated Vehicle (ROV) was brought in a deep sea sub lowered on a cable. Finally, they found a carrier at the bottom of the ocean, but positive identification was still needed.

When it was finally confirmed that it was indeed the Hornet, researchers then set up a link from the Petrol to Richard Nawatski in California- and they can even show him the gun he was on during the attack.

“The actual fact that you can find these ships is mind-boggling,” Nawatski said, thanking the crew for honoring him in that way.