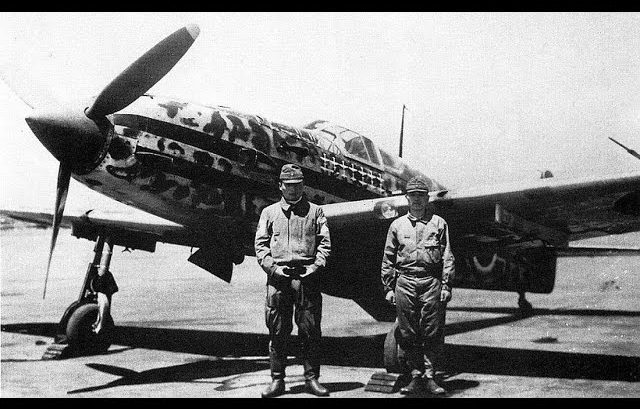 The Ki-61 Tony was a Japanese World War II fighter aircraft and was considered Japan’s only real answer to the P-38 Lighting.

Here are ten facts about this performance fighter aircraft:

1. At first glance, you’d think that this plane is of the German and Italian design

It was initially thought to be of German origin. When US pilots started to encounter these planes more in combat, they were certain that they were fighting BF-109s.

Little did they know, it is a homegrown Japanese design with very strong German connections. While he was in Japan at Kawasaki, German engineer Richard Vought trained a young Japanese engineer to be his successor, Takeo Doi who later on designed the Kawasaki Ki-61.

This is the Japanese license-built version of Germany’s Daimler-Benz db601a, similar to the engines used in Messerschmitt bf109-Es from the Battle of Britain era.

These three planes have essentially identical maximum power numbers- 1150 for the US planes, and 1159 for the Tony.

The planes have different supercharger drives so the power at specific altitudes varies. However, overall, the three planes are pretty close in terms of speed.

4. It was one of the best-performing planes in the Japanese inventory

The Tony was relatively considered the only one that stood a chance against the P-38.

The P-38 had some serious dive limitations, especially in high altitudes. The P-38 was limited to around 420 miles per hour, or Mach .67, whichever came first.

6. The US Navy suggests anti-Tony tactics for different US Navy fighters

For instance, in a report, they clearly state that Hellcat pilots should not try to out-dive the Tony, and the Hellcat was a very fast-diving plane, even quicker than the F4U Corsair.

Thus, it’s pretty safe to say that the Tony could out-dive any US Navy fighter and the P-38 Lighting.

7. Unlike other Japanese fighters, the Tony was very well-armored

The back of the pilot seat was made from half-inch thick armor plane approximately 13 millimeters.

There was also a second plate protecting the pilot’s head that was slightly thicker than most of the armor used by the USAF.

8. Maneuverability is one of Tony’s strong points

Above 20,000 feet, the Tony’s power drops, but below that altitude, it’s a pretty strong dogfighter.

9. Despite this, Tonys didn’t do comparatively well in combat

More than just aircraft performance, there are a lot of factors in play. Japanese flight training during WWII was extremely poor, probably the worst. Physical abuse and intimidation were considered primary training methods.

10. The Ki-61 was a very maintenance-intensive plane

When the US Navy examined one, they said, “From the experience encountered during the trials, it seems that the Japanese find it difficult to keep the Tony in commission.”

The Japanese not only have issues with the lack of well-trained pilots, but they were also short on mechanics, technicians, and parts. Moreover, the plane was also difficult to service.