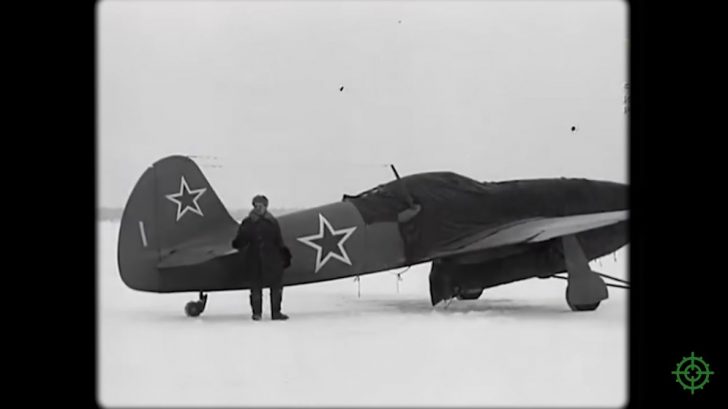 The MiG-9 was the first Soviet turbojet fighter built after World War II. Here are some interesting facts about this Russian fighter that couldn’t shoot its guns:

During the Soviet Air Force Day, the MiG-9 with its gigantic cannon indeed look ferocious, what most foreign officers didn’t know is that these all-new Soviet MiGs were carrying were nothing more than just dummy guns.

Even later, when the real guns were installed, because of some technical flaws, the MiG-9 was never fully capable of using its main armament.

On April 1946, the prototype of the MiG-9 completed its first maiden flight lasting for 6 minutes. The MiG-9 made history as the first Soviet jet fighter.

On March 1947, the first 48 MiG-9s have been built. But since the subcontractors didn’t deliver the aircraft guns on time, all fighters were equipped with dummy guns instead.

Soviet pilots didn’t like the MiG-9- multiple flaws and various restrictions of the plane didn’t facilitate the completion of combat ad training tasks. Flying also wasn’t very easy and one needed to have excellent piloting skills.

It’s also noted that many of the fears regarding the plane were simply because of the novelty of jet aviation itself.

Being the first Soviet jet fighter, flying such an aircraft without an excellent propeller was a completely new and unknown experience for pilots. A newly designed jet fighter with a much higher maximum speed, the plane was harder to learn and fly.

Although the MiG-9 was an obvious outsider to its Western counterparts like the American P-80 or the British Meteor, for Soviet aviation, it was a leap to a new, yet unknown world of high speeds and modern technologies.