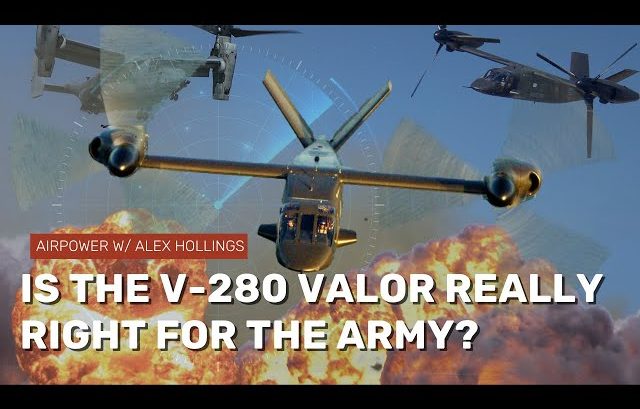 The contract is said to be worth $1.2 billion. However, many voiced their concerns about Valor’s ability, and whether or not it’s the right choice.

The helicopter is designed to act as a medium-lift infantry utility platform that could provide a huge leap of capability over the Blackhawk.

The V-280 Valor also offers a combat range of around 900 miles and could carry as much as 25 percent more weight. Much of that performance is thanks to the V-280’s tilt-rotor design.

However, it’s also the same design that led many to wonder if this platform could just be more trouble than it’s worth.

One of the biggest concerns about the Valor is safety- mainly due to the V-22 Osprey’s reputation as an unsafe aircraft. All in all, 51 service crews died due to crashes throughout the program’s lifetime. However, despite Osprey’s terrible reputation, its incident record isn’t a dangerous outlier.

Transitioning to a tilt motor platform, another issue is the footprint- the V-280 is significantly wider than the UH-60, leading many to ask whether it could land close enough to the fight to really do its job.

While there’s no denying that the Valor’s wide stance could potentially limit its ability to land in tight spaces. However, Bell believes that the benefits of the tilt-rotor design outweigh any potential limitations.

Furthermore, Bell also gives an example of a soccer field, where one could fit 10 V-280s whereas you could squeeze in 12 Blackhawks.

Despite this limitation, using V-280s would allow one to launch missions twice as far away, and fly twice the Blackhawk’s speed throughout.