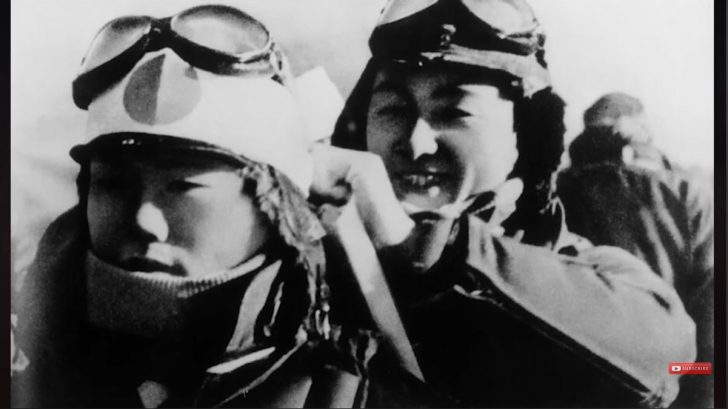 In the closing year of the Pacific Campaign and with the desperate attempt to turn the tides of the war, Japanese Kamikaze pilots were given the mission to fly to enemy warships, achieving relative success.

But who were these kamikaze pilots, and is there any way to stop them?

The Japanese press called them the kamikazes, which translates to “Divine Wind.” It referred to the divine winds that destroyed the Mongol fleet that invaded Japan during the 13th century.

The first special attack unit of 23 pilots was formed in the Philippines under Lt. Yuko Seki, who soon became the first kamikaze to sink an American warship.

Although Seki accepted the assignment, he was privately against the idea, remarking to a reporter, “Japan’s future is bleak if it’s forced to kill its best pilots.”

The first attack unit set up a base in Luzon in the Philippines. The sinking of the USS St Lo vindicated the program, and more attacks were ordered.

By the end of the 26th of October, seven attack carriers were taken down, and 55 kamikazes damaged 40 other vessels. Five US warships were also sunk, with hundreds of American soldiers killed. The initial success of the kamikazes led to a rapid unit expansion. By the end of 1944, there were over 2,000 kamikaze pilots.

Despite being portrayed as Japanese propaganda, most men were forcibly conscripted as kamikazes. Major General Mayoshi of the 30th Flying Corps admitted after the war that although the program started as a volunteer unit, it soon became compulsory.

Kamikaze pilot Takao Musashi remarked, “No one would volunteer of his own free will, yet if volunteers were called for, all pilots would volunteer. If a plot did not volunteer, his life would be made unbearable by the others.”

The US Military estimate 2,800 kamikaze attacks on US ships. In total, 34 US Navy ships were sunk, and an additional 368 were damaged. Furthermore, it killed 4,900 sailors and wounded 4,800 more.