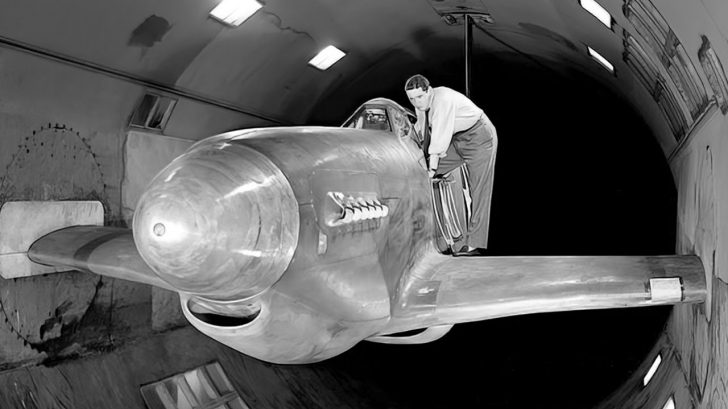 The P-51 Mustang’s impact on World War II couldn’t be understated. It played a vital role in the war and the bombing campaign against Germany. Still, in its early years, the Mustang suffered issues that almost ended its combat career.

Here’s how the P-51 Mustang became a fatal flaw to the allied forces to becoming one of the most successful planes in the war:

After the Curtis corporation could not produce the number of warplanes the British required, James Kindleberger, the president of the North American Corporation, offered a proposal to the Brits to help them with the production problem.

In December 1940, the prototype was ready for testing three days before the 120-day deadline. While the prototype was a success, the laminar flow wing performed poorly when the aircraft descended at high altitudes.

It also quickly lost its maneuverability at lower speeds. Still, the British were reasonably satisfied with it, calling it the Mustang.

The US Air Corps kept two Mustangs for evaluation purposes and found several issues. The most prominent flaw is that it’s sluggish and unstable at 17,000 feet because it lacks a supercharger. As a result, the Mustang was then assigned other roles.

There was also a weakness in the cooling system: a single bullet to the radiator was enough to destroy the aircraft. Because of this, it was demoted to flying low-altitude roles that didn’t include dive bombing.

The Mustang eventually found its place in Burma. The US troops found it challenging to deliver support because of Burma’s incredibly harsh mountainous terrains, with very limited roads and railroads.

The P-51 Mustang was the only aircraft able to penetrate Burma’s skies, clearing enemy posts ahead of US troop advances.

The Brits also quickly learned about the Mustang’s flaws and suggested fitting it in a Rolls-Royce Merlin engine. Packard, an automotive engine manufacturing company, agreed.

The result was a 1,300 horsepower engine, further enhanced by a formidable supercharger. Four propeller blades were used instead of three.

Further modifications were also made to its radiator, caliber machine guns, and fuselage to increase high altitude performance.

The Mustang can fly 30 miles quicker than its predecessor, at a whopping 30,000-foot altitude. Its engine also consumed half the fuel the aircraft gave them. This turned the Mustang into an unstoppable WW2 fighter.

By this time, Germany’s Luftwaffe is struggling to put up with warplanes like the Mustang. Pilots of the Mustang even developed a sense of safety flying it, calling it “Little Friend.”

By March 4, 1944, the Mustang first made a 1,100-mile run to Berlin, escorting a large bombing fleet. This was during the final stages of the Third Reich’s reign of terror.

The Mustang carried over 213,000 missions. It claimed over 5,000 Germain warplanes on air and another 4,000 on the ground. Only 2,500 Mustangs were lost in combat, making it one of the most formidable warplanes in World War II history.