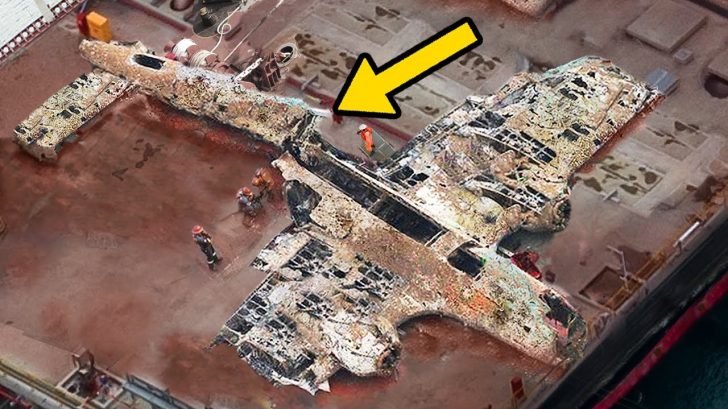 World War II was a global conflict lasting from 1939 to 1945, and with it, military aircraft came of age. Here is a list of the ten recently discovered WWII planes:

Affectionately known as the “Flying Pencil,” thanks to its shape and design, was a German plane that terrorized the skies of Europe during the war.

In 2013, salvage crews managed to pull one up from the bottom of the English Channel, which was its resting place for over 70 years. Miraculously, the plane is still in one piece and is the only surviving example of the Dornier 17 plane.

The Stuka was operated by the German Luftwaffe. In 2021, his plane was buried in separate pits in a forest in Poland. The reason? Expert Arkadiusz Dominic from the Silesian September 1939 Museum believes that it was during training that the unfortunate incident happened. The bomber crashed of how they were designed to attack targets. When engaging with targets, the aircraft would hurdle toward the ground.

As to why it was buried in multiple pits, it was believed that when recovering the crash site, the Germans simply buried half a ton of scrap metal remains.

One recent discovery of this transport plane was at the top of the snow-capped Himalayas. In 1945, a C-4 transport plane carrying 13 passengers from Kunming, Southern China vanished in bad weather, and wouldn’t be seen again for almost 80 years.

In 2022, Clayton Khules was able to locate the plane’s wreckage, finding the plane’s number in one of the pieces.

A couple was taking a walk with their dog on a beach at Kleethorpe England when they stumbled on the wreckage of a Bristol Beaufighter.

After reporting it to experts, the coupled learned that the plane crashed in 1944 when both of its engines failed shortly after takeoff.

6. The Planes of Truk Lagoon

One of the biggest happenings in the Pacific Theater was Operation Hailstone in 1944. Five Japanese sinks were sunk, and a staggering 230 aircraft, 30 of them American, sank into the depths of Truk lagoon.

However, it was only in 2019 for three of these American planes were discovered and saved.

5. The Planes of the USS Lexington

During the fierce battle of the coral sea in 1942 just off the coast of Australia, the USS Lexington suffered heavy damage on the first aircraft carrier versus aircraft carrier battle in history.

The decision was to sink the enemy vessel so that it wouldn’t fall into enemy hands, including the planes that were stationed there.

However, the true location of the USS Lexington would remain unknown until 2018 when a state-of-the-art underwater drone was used to scour the depths of the Coral Sea.

4. The Dakota and the Black Lake

In 2021, Anna Reynolds from Wales was investigating the water in the Lake of Llyn Dulyn near Snowdonia when she noticed a propeller sticking out of the water.

As the heat from the summer sun continued, more pieces of the plane were revealed, most of them were just metal scraps, but the propeller remained in one piece. The propeller in question belonged to a US Dakota C-47.

In July 1942, six P-38 Echo Fighter planes and two B-17 Flying Fortress Bombers were caught in a fierce blizzard and were forced on an emergency landing on Greenland’s glaciers. All the crew was able to get away, but they also have to abandon the planes in the icy wilderness.

It would take over 50 years for the first one to be discovered again. 26 years after that, another P-38 Echo was located using more advanced radar systems.

2. Aircraft in the Great Lakes

It is believed that over 200 planes met their end in the Great Lakes in the USA, the most notable being Lake Michigan. Although a lot of planes were already recovered from the lakes, many others were never located.

The Swamp Ghost was a B-17 Flying Fortress ditched in the swamp of New Guinea in World War II. Although many knew about its existence, locals believed it to be cursed. They reported strange figures rising up from the swamp. Many would also venture to the swamp but never return.

The Travis Air Force Base Heritage center planned to recover it in 1989, and in 2013, it was placed in the Pacific Aviation Museum in Hawaii.