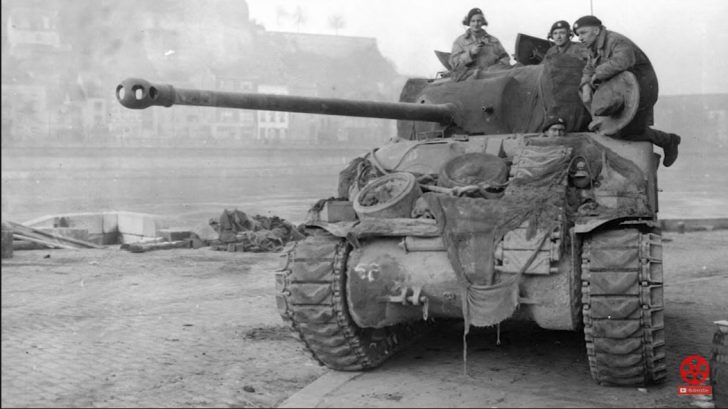 Here are the top myths and misconceptions brought about by Hollywood movies about World War II tanks and armor:

The M4 Sherman tanks are given a lot of flak by pop culture, movies, and even historians. Allied tankers called it “burning coffin” or “Tommy cookers.”

While on paper, it looked inferior to its German counterparts, it performed quite well. The M4 platform results from many years of field testing in the North African campaign.

2. German tanks are more powerful than their Allied counterparts

This is proven to be false. Its armor is still highly susceptible to a wide range of anti-tank weapons.

3. A lot of WWII movies portray the tanker as the most dangerous profession on the battlefield

While it is dangerous, statistically speaking, being a tanker is so much safer than being a rifleman. Only 3-4% of tankers died during the war, as compared to the 18% mortality of a rifleman.

4. In Hollywood movies, they use a strange tactic wherein German tanks are set in first, and then the infantry is sent afterward

However, in reality, something as big as a tiger tank couldn’t be set in a town with narrow streets occupied by enemy troops. There are also no infantry units sent to support them.

5. In the Battlefield video game series, it’s relatively easy to sneak up behind a tank and blow it up if there are no infantry units surrounding it

On an actual battlefield, it’s so much easier to sneak up the tanks guarded by infantry because there’s no third-person view in real life.