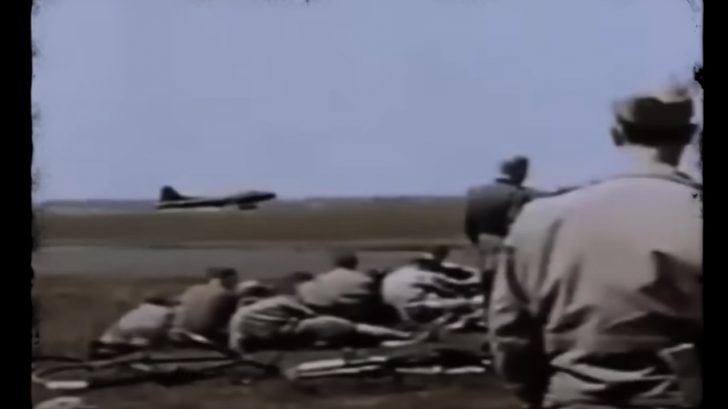 When World War II kicked off, airplanes have been around for only about 30 years, and still a new science. For all the success of legendary WWII warbirds, there were also legions of planes that were considered failures.

While the Botha was far from a recon plane as it could be, 442 were still ordered in 1936. By the time the war in Britain started in 1940, the plane was considered a deathtrap.

Even experienced pilots struggled to keep it under control, and several fatal crashes cemented its fate. Although the aircraft was moved back to training squadrons, it still left a lot of damage. Of the 478 sent to training squadrons, 24 were lost at sea due to engine failure, and another 125 crashed on land.

Across the channel, the Luftwaffe also has design problems of its own. On paper, the Me-210 looked great with two mighty engines, a bomb bay to reduce drag, and state-of-the-art remote-control guns.

However, the issues started as soon as this aircraft took off. In the air, the plane was completely unstable, had a nasty habit of stalling, and went to a deadly spin afterward. After more prototypes and modifications, nothing changed, and soon pilots dread flying the Me-210. The airmen hated the planes, thinking that getting inside them was as safe as playing Russian Roulette.

One of Blackburn’s carrier fighters, the ROC, was so useless it only managed to shoot down one enemy plane. When it took off its maiden flight in 1938, it was too heavy, too slow, and too sluggish in its maneuvers.

When it went to combat for an Allied campaign in Norway, it was here that a fatal design flaw was discovered- the plane had no forward-facing guns, so it could either shoot sideways or backward. It was also significantly slower than German aircraft. These factors made it impossible to engage effectively in combat.

While the Italian Brenda 88 was a world record holder for speed, the aircraft failed spectacularly. To fit military specs, the plane had to be loaded with a ton of ancillary equipment which substantially increased the weight of the aircraft.

This weight increase was crippling, and to make matters worse, Italian technicians added sand filters on air intakes which cut the plane’s power by more than half. Some are even too cumbersome that they couldn’t take off.

In 19941, the Komet set a world speed record of 1,004 kilometers per hour, a record that wouldn’t be surpassed until after the war. Its speed came from light construction and a liquid-fueled rocket engine. The rocket fuel was so reactive that it exploded when it came into contact with organic matter. Several pilots and ground crews were seriously injured or killed by the Komet’s fuel alone.

Komet pilots racked up only nine kills in the entire duration of the war. Even a small gust of wind could easily lift out of its landing approach to trees, hills, or a building.