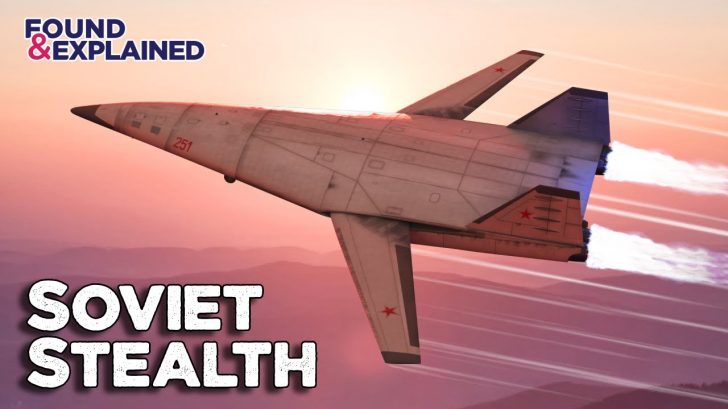 The Soviet T4 MS was a high-speed reconnaissance, anti-ship, and strategic bomber aircraft that would have revolutionized the warfare of the late Cold War era. While it would have turned the tables back in the Soviets’ favor, it never went beyond the prototype stage.

The Soviet Union came up with a list of ridiculous requirements for this new aircraft. It needed to have a top speed of Mach 3 up to 18,000-kilometer range whilst flying subsonic and 13,000 kilometers when flying supersonic.

It would also have 200 tons of take-off weight when loaded with ornaments and fuel. This is comparable to the B1, but with higher payload capacity.

When building this plane in 1974, the first issues started showing up. When testing, engineers came up with the problem of the center of gravity when this aircraft was loaded.

This led to a design with an elongated nose section and added horizontal stabilizers.

Biting off their Own Tail

Although the contract was awarded to Sukhoi to build this powerful stealth bomber, they would bite their own tail in the process. The plant they had been operating at that time was in absolute full capacity.

Stopping all production lines to develop a new supersonic bomber would not be only insane and expensive, but also impossible.

The Soviet Air Force decided that although Sukhoi was technically the winner, all documentation would be transferred over to Tupolev because not only they had the production capability for this type of aircraft, but they also have the pedigree in bomber aviation. However, Tupolev has other plans.

Instead of continuing with the T-2MS’ development, Tupolev insisted on pushing Project 160. This led to the development of the world’s biggest bomber, the 2-160.

Although it proved to be an amazing aircraft, would the T-4MS be a better aircraft giving the Soviets more advantage during the Cold War? Well, we never know.