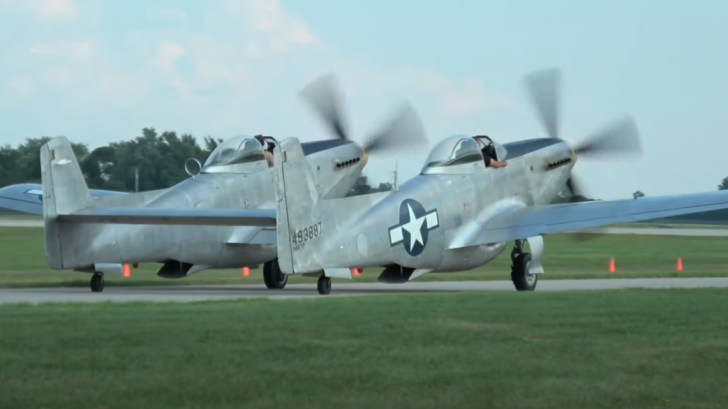 After more than a decade of labor and a lot of money spent on the restoration of the XP-82 Twin Mustang, it finally took its first flight at the 2019 EAA AirVenture Oshkosh. The master aircraft restorer Tom Reilly was responsible for the amusement brought by the aircraft. A lot of people thought they would never see one fly in person.

Reilly was truly driven by passion when he started his project on the restoration. When he got the original 1945 half of the XP-82 Twin Mustang that went to the Army Air Force he began his search and hunt for the parts of the aircraft scattered in different places in the world and replaced the missing half of the airplane.

The XP-82 Twin Mustang was originally developed as a long-range bomber escort for World War 2, but when it was ready to be used in the service that’s when the war was already coming to an end. It was so fast for a piston-engine airplane that it has a record of maximum speed listed as 461 MP. In 1947, the aircraft flew nonstop from Honolulu to New York City, averaging nearly 350 miles per hour. Eventually, it retired in 1950’s until this one that has been restored beautifully.

The restored aircraft is powered by a pair of Rolls Royce Merlin counter-rotating engines. Reilly received the Airworthiness Certificate a day before the show and only had limited time to test it, but everything went smoothly at the event. Check it out on the video below.